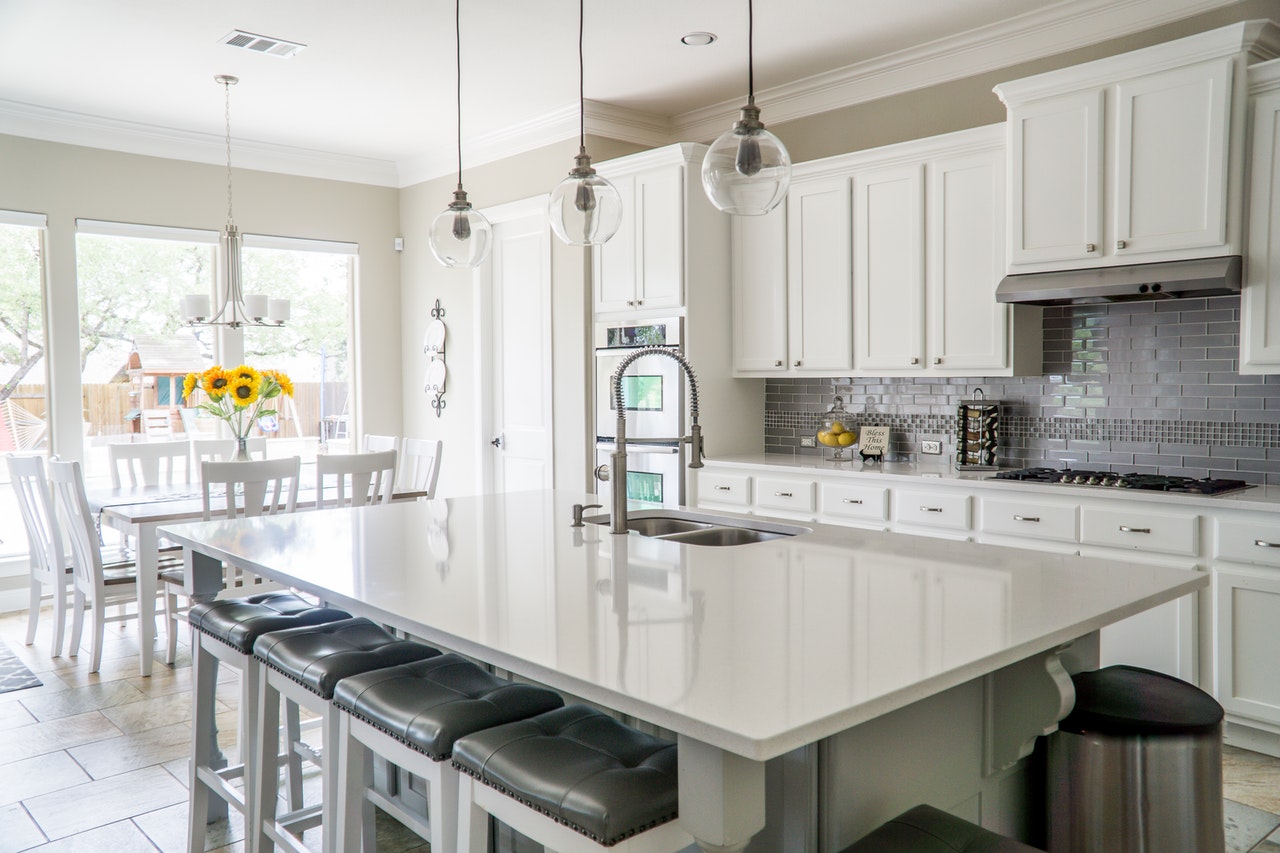 I think about this a lot when I might have a negative thought about my partner. He possibly doesn't see the thing I'm fretting over the same way I do. Or I don't see what he's dealing with.

Take out the trash

Joy's hand fidgeted with her pen while she simultaneously chewed her plain bagel and scanned the kitchen. She was midway through her daily planning session when her eyes began picking up on the room's faults. Again. It had been happening with increased frequency in the past few months. The caulking around the sink needed to be redone and each night she did the dishes, she pictured the water causing further damage to her cabinets. Of course, no damage was evident now, but there had to be some water that managed to get through the crease. It wouldn't be able to dry down there.

The three windows in the breakfast nook were all ruined and needed to be replaced. Early in the morning, you could see the water droplets clinging between the window panes. They were all well within their warranty. It just required someone to actually call and schedule the repair.

Above all else, the cleaning service didn't have their weekly visit till Wednesday and after last night's dinner, the trash needed to be taken out. Joy had dumped the shrimp shells in the trash after cooking and serving dinner. As she began the dishes, she had managed to snag Rich's attention and mentioned that the trash needed to go out. He had agreed leftover shellfish smelled horrible and that it needed to be done, then gone back to his home office.

This morning the trash still sat there. She could smell it and he would too. All he needed to do was grab the trash on the way to work. Save her this one minor chore. It didn't even matter if he replaced the liner. Looking back down at her phone, she scrolled through the patients she had for that day. One root canal, several fillings, and a new patient that had noted it had been about a decade since his last dentist visit. Flipping the book back to the last section, she ran her finger over the shopping list. Refilling the propane tank could wait, but they really were on the last roll of toilet paper in each bathroom. Her lunch was already blended, she could drink it on the way to the store during lunch. If she went to the closest grocery store, she could also get fresh vegetables for dinner and her lunch tomorrow.

Rich came into the room. Joy smiled, swallowing her breakfast in a slow lump. Her eyes briefly left his perfectly tailored suit to land on the trash, only to come back and lock onto his eyes.

"Good morning, babe." He said, staying on the other side of the island. When he opened his mouth again, she stopped her greeting. Though, he only closed it and pivoted to the coffee maker. Grabbing the travel mug she washed last night, he filled the coffee to the brim and quietly walked out the door.

Rich balanced his coffee and his keys in one hand as he patted down his pocket. Thankfully, the phone was there and he didn't need to go back inside. He reached for the car door, letting his suit jacket fall away from his side revealing the stain on the shirt. It had been a pen he broke during a budget meeting, and the dry cleaner had sworn she could remove the blue drops. As usual, he had forgotten to even check when picking it up, and again when putting it on this morning. It wasn't until his jacket was on that he noticed it. Tucking his arm against himself, he found that he could hide it from his wife until he could change it out at work.

Joy was the epidemy of 'put-together'. She wouldn't have missed the stain. Not only did she juggle her full-time job, but she kept the house spotless, worked out regularly, and ate the perfect diet. When he had walked through the kitchen, he had tried to almost hold his breath, keeping everything inside. She looked so calm and in control, while his heart rate was already skyrocketing out of control, bringing with it a layer of sweat he didn't want.

The sales team wanted to meet with him again. They were struggling, just as they had for the past few months. Sales were down, and nothing any of his 'experts' could come up with were working. Joy could support them month-to-month, but their overall wealth was tied to his business. He would take them down single-handedly. While his darling wife continued to do everything right, he could end up ruining her life. She didn't deserve it.

The kitchen was the worst spot in the house. He normally just walked through it as quickly as possible. It was always so tidy, everything cleaned and ready to be used. A stark contrast to his mind, which raced with every imaginable scenario. How the company could turnaround, how he could prevent the most money lost, or when he would finally call it quits.

On the way to the garage door, he had caught the strange whiff of the trash. Normally, something like that was never noticeable in their house. Last night she had mentioned the trash gets bad after they eat shrimp, so she would know to take care of it. She probably had plenty of time to manage that, and a few other tasks, while he was in the garage almost dropping his coffee several times before speeding off to meeting after meeting. Some planned and several not. Though, all 'emergencies'.

So, he left the trash, for his capable wife.

I think about this a lot when I might have a negative thought about my partner. He possibly doesn't see the thing I'm fretting over the same way I do. Or I don't see what he's dealing with.