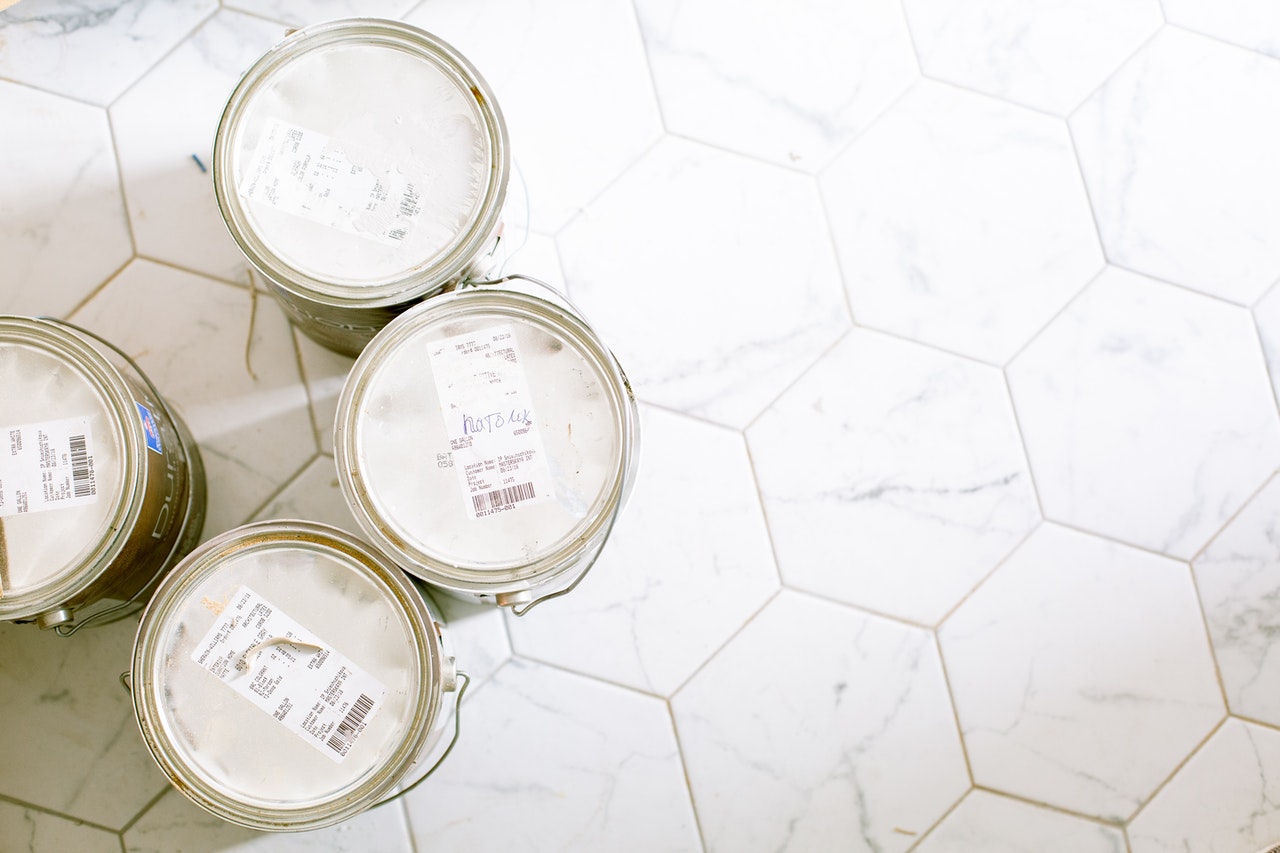 I had thought of this awhile ago while doing something mundane. I don't mind doing mindless activities, it's easy to lose yourself in your thoughts or an audiobook. While painting my bookshelf, I listened to a few long books. After a while I swore to never paint a project like that again. But there were very therapeutic parts of the process.

Georgia dipped the brush into the paint can. The bristles frayed out to every side. For a second, the thick paint forced the wild strands into a solid unit. Only to pull themselves away. Like her father, she never threw anything away. By her guess, these brushes had each been used several dozen times. Cleaned to the best of their abilities before being thrown back into the garage.

They had done this type of thing growing up. Slowing down, redoing something in the house, getting a chance to forget all their problems.

Georgia could forget about all the arguing, the 'discussions' that never seemed to go her way. In the end, she hadn't won anyway and she had to move on. Try and ignore that feeling she was missing something or that she had failed. Someone else had failed as well, but harping on that anger wasn't healthy and only prolonged the misery. Even this maroon was putting up a fight.

The indigo was a bold choice for her new room. As her brush ran out, the lines demonstrated just how drastically she was changing this room. Right now, that was something she could control. A fresh start for this room and herself.

"You know, I could hire someone to do this."

Ignoring him, she dipped the brush back in and reveled in the glide of the stroke as she continued. Despite being known to overload her brush, the past walls still had a hint of the deep red. But it did let her get through several feet before bending back down for more.

"I can get rollers or a paint sprayer."

"No, it's fine. I like painting it by hand." She got through two more soaked brush loads before he came into the room. Only then did she realize the windows were shut and the house was slowly being fumigated. Putting down the brush, she quickly checked her hands for wet paint and started for the windows. With each bump against furniture, she rechecked her hands or side. Per usual, she was covered in paint, luckily just rough and dry by then.

"When's your next therapy session?"  He asked, stretching his arms to her from across the room as she made her way around chairs and over piles of books. When she finally made it to the window, he let his arms fall.

"You know it's Monday and Thursday at 4pm. Same as it's been for 6 weeks."

"Hmm," he nodded slowly, his eyes squinted as he scanned the room, half old and almost half renewed. Briefly, his glance hesitated on the top of her current wall, still maroon above the height of her outstretched arm. Then, it paused on the makeshift platform Georgia had built to reach the top of the last wall.

The second window took a bit of effort and Georgia strained her shoulders pulling on it. Propping herself against one side of the windowsill she gave one final pull before he could make it over there.

The wooden floor creaked as the large feet bypassed the pile of painter's tape and trash. It stilled as the window finally cracked open. Georgia peaked back at the stray piece of tape now sticking to his foot. The painter's tape hadn't lain down as Georgia had wanted and she pulled the whole lot off in an angry flurry. Then left the heap as a reminder of her ill temper.

"You know, I was thinking," he stepped another few feet closer and pointed down the road. "Becky next door just moved back in. I talked to Carol and she said Becky would love to take you to therapy."

Georgia pivoted, leaning on the covered dresser and crossed her arms.

"Not that I can't do it." He raised his hands in defense. "It's just that Becky also recently moved back in with her parents. And she has ... experience with what you're going through."

"What do you mean?" Georgia wanted to get through at least half of the room tonight. Picking up the brush, she pressed on.

"Well, I'm not sure you heard, but Carol is recovering from her hip replacement and needs assistance with um...somethings," he said, tiptoeing around the subject.

"A hip replacement and losing a completely healthy leg are totally different." The brush lost a glop of paint as it slapped against the wall. Georgia looked down where it would have possibly landed on her foot. Had it been there.

"Whatever works for you, Dad." Georgia sighed before still pressing on. Not venturing further, the floorboards creaked again in the opposite direction, pausing for a second for a hitchhiking ball of tape to be thrown back with it's kin.

Outside a few neighborhood kids stopped on their bikes to yell at their distracted friend. Laughing and playing in front of the two-story yellow house, just as Georgia had 30 years ago.

Taking smaller amounts on each brush load, she slowed down her progress and several yards later fell back into the old rhythm of painting. The stench of new paint and unsavory effect of a dehydrated mouth slowly losing its effect on Georgia once again.

Another hour passed before Georgia saw the blinking light on her phone.

A known number: "I'll have dinner ready at 7pm. Salad, taters, and meatloaf" from her father.

And an unknown number: "Hey, it's Becky from next door! I would love to drive you to your appointments!" Followed by several messages cycling between needing friends after her divorce, but then backtracking like she wasn't desperate.

A smile gradually turned into a grin as Georgia continued to read the 1 sided dialogue. Four years her senior, Georgia hadn't really known Becky that well. The only thing she really remembered was the adorable over-sized glasses and contagious laugh.

"That would help out my dad, thank you" Georgia typed out. Pausing with the phone halfway down, she quickly pulled it back and added, "If you want, we can go out to dinner afterward. My treat!"

I had thought of this awhile ago while doing something mundane. I don't mind doing mindless activities, it's easy to lose yourself in your thoughts or an audiobook. While painting my bookshelf, I listened to a few long books. After a while I swore to never paint a project like that again. But there were very therapeutic parts of the process.