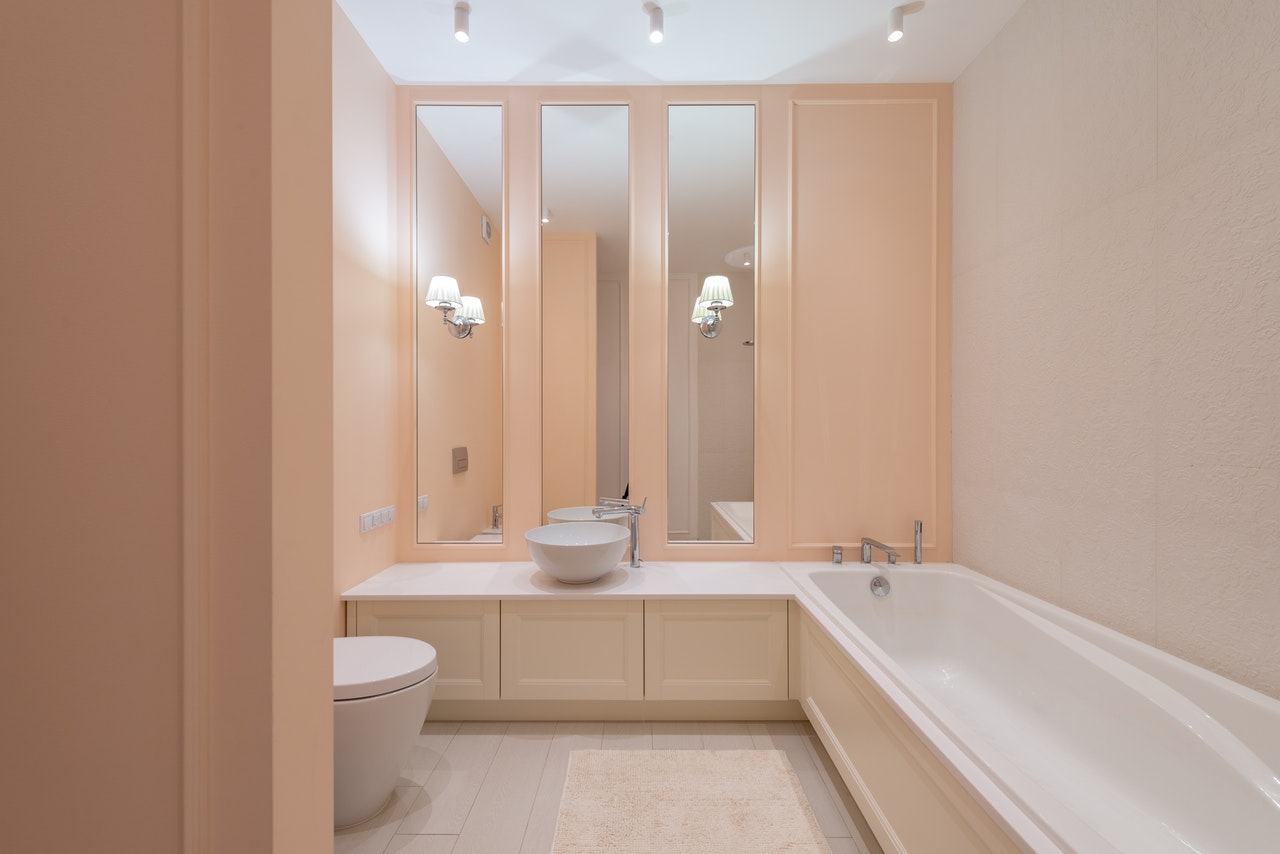 I don't often write in first person and I never write in present tense so it was pretty hard to write this. But I wanted the action to seem more 'in the moment' and urgent.

I also realized in writing this that I made the nurse female without actually thinking about it. I just pictured the nurse as female and I feel slightly upset about that. But recognizing these things happening in your thought process is how you fix them.

At least, that's how he saw it and she hadn't told him where she had been headed an hour ago.

The bathwater was quickly turning red. And while we both tried to quickly dry off, get dressed, and stop the bleeding, I was the only one slipping into a slight panic. Not only did it seem like a lot of blood to me, but the shards of wine glass were still spread everywhere. Littering the ground in an astonishing spread.

"Watch your foot!" I said, grabbing the gauzed wrist and pulling her to me.

"I see it." Amy was normally the dramatic one. She was the one who overreacted when we saw someone he knew in public. She was the one that passed by my door several minutes before doubling back to actually enter.

Yet now she's the one trying to calm me down.

"Listen, it's barely a scratch. I just bleed easy." She lifts the reddening fabric to peek inside.

"You need stitches, Aim" I whine, dumping the rest of my pathetic first aid kit on the ground and throwing away the box. It clatters against the shower wall before splashing uselessly in the red water. For several long seconds, I scan my bathroom for anything useful while she silently watches me, smiling as if she isn't dying. I reach for one of my washcloths, knowing all too well that she won't want to ruin the soft purple cloth she had picked out. She does pause but takes it anyway.

"I'll just drive myself to urgent care." Walking into my bedroom she starts slipping her feet under the waistband of her skirt, then stops and looks at me. I do pull it up, but hold tight.

"You are not driving yourself anywhere. How are you going to steer and hold your wrist?"

"I don't know." She shrugs, pulling herself from my grip and heading for her shoes in the hall.

"You know, I bet the hospice nurse can stitch it up. She would have to know how to, right?" Her flip-flops are on before I can even find my shoes.

"Isn't he laying in the living room?"

"Yeah." Her eyes glaze over as she looks around my front rooms. "I'll just say I caught on something in the car."

Laughing she rolls her eyes, "I mean what was I going to do? Use his insurance to pay for the accident I got into while having sex in my girlfriend's bathtub?"

"I would find it just," I respond, as stern as I can manage.

She only laughs again and leans over for a kiss.

It's the first time she has called me her girlfriend and the delight leaves me a little amiable.

"I'll be fine." She lets the hand move from her wrist for a second to grab her purse and keys.

Groaning, I open the door but stand directly in the way.

"Yes, yes." Lifting her wrist to me, she says "Still bleeding, let me go."

I want to stop her, but a 2-second walk down the hall is better than a 5-minute walk to the parking lot and a 10-minute drive to the urgent care. If urgent care evens does this type of stuff. Why don't I know what qualified as urgent care or emergency room?

The nurse would know.

Stepping aside I hold the door for Amy and watch her rush past. In the briefest of seconds, Amy turns around and mouths a hurried "I love you." The hair that had fallen out of her bun and gotten wet sticks to her neck. Would they notice?

It's also the first time she's said that. Funny how 'barely a scratch' can make her so sentimental.

For the first time, I look at my neighbor's door and don't despise the man for stealing Amy back again. After all, if he hadn't gotten sick and pulled his daughter from college, I would have never met Amy. I had never thought that man was possible of producing anything but spiteful comments and hate, yet there she goes.

Photo by Max Vakhtbovych from Pexels

I don't often write in first person and I never write in present tense so it was pretty hard to write this. But I wanted the action to seem more 'in the moment' and urgent.

I also realized in writing this that I made the nurse female without actually thinking about it. I just pictured the nurse as female and I feel slightly upset about that. But recognizing these things happening in your thought process is how you fix them.