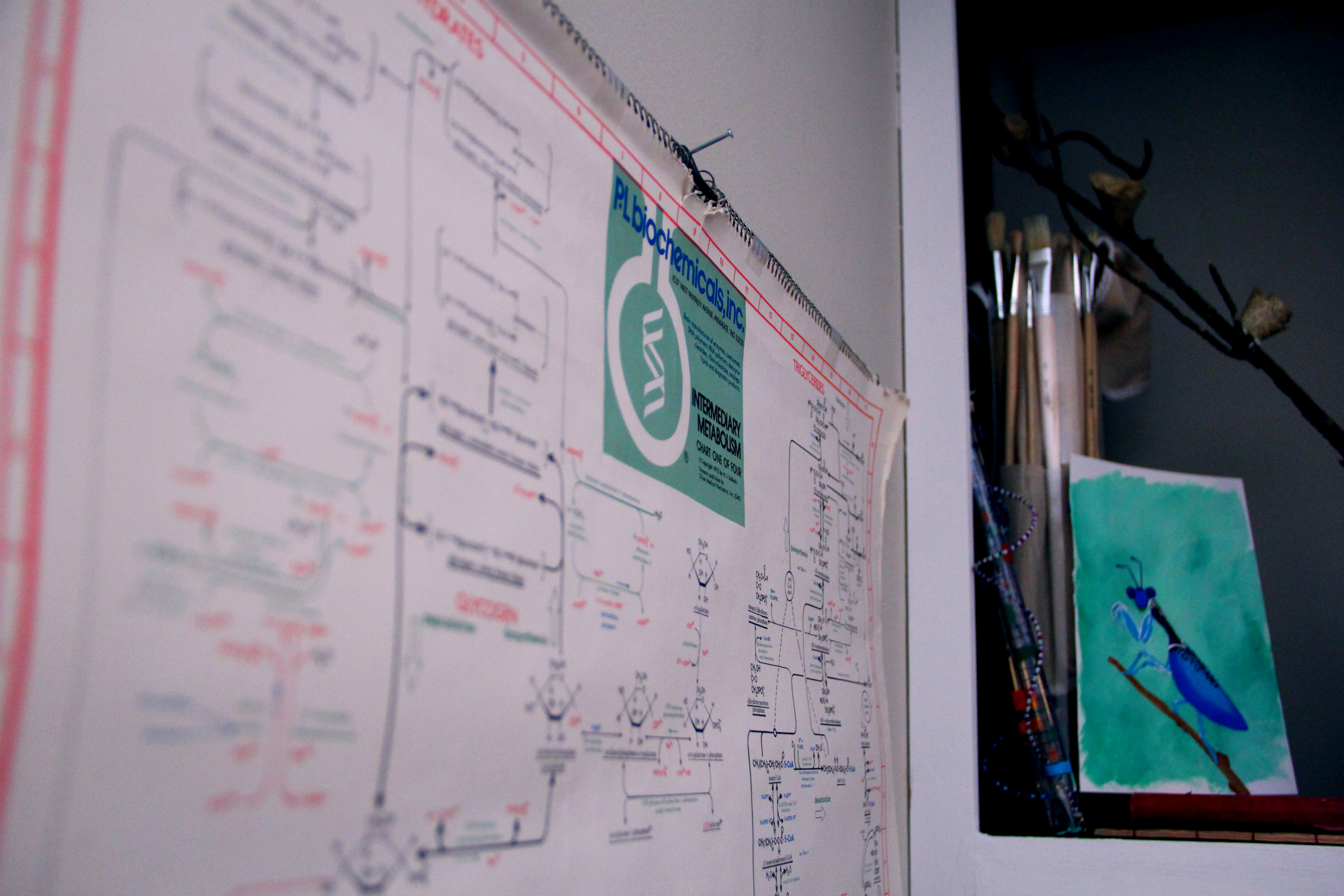 I'm partly trying to justify thousands of dollars of debt only to switch tracks a few years out of my Master's degree. As well as, point out transferable skills that apply no matter the career.

I've always found joy in problem-solving. It's what lead me to web development. And, ironically, what had lead me to Biology. From picturing myself as a veterinarian to a genetic counselor, it was all problem-solving situations. Get a patient, find a solution.

However, you have to go through a lot of schooling till you get the opportunity to solve those problems. There was one class, in particular, that wasn't fun, wasn't an interest, and certainly wasn't easy. Organic Chemistry. More specifically the 2nd one. Not only was it the only class I dropped in all 6 years in college, but the only class I had such a dramatic turn of opinion in. The first time I took it I was taking 21 hours, so possibly 5-6 classes with several extracurriculars on top. I didn't have the time to pour over the work. To me, it was merely a stepping stone to get to my goal. Or rather a roadblock to battle through.

A year later, re-enrolled, I had time to actually do practice work and look over the material more than once the night before the test. This time I took it seriously. I had practice sheets written out with answer's covered, flashcards, and review sessions with friends. The practice sheets were essentially examples done in class with a solution or solvent blocked out and I had to fill in the missing molecule. This is when it clicked. It was a puzzle. Sort of like a Tangram puzzle. With these pieces, how do I get to this end goal? I had one molecule, several more were introduced, and it changed. I had to figure out what changed, pick out what things could cause that change, and if multiple things were added, which had to happen first.

When it became a puzzle, the whole class became dare I say, enjoyable.

Several years later in grad school, this revelation had become second nature. The processes within the body had steps to go through. One step went missing and things went awry. The key was to backtrack, starting with symptoms, figure out what is still working and what missing piece in the flow would cause those effects. Basic problem solving with a lot of specific information.

Though the physiological processes of the body may not be exactly what I'm dealing with now. I'm convinced that if I can learn the steps of Glycolysis and the Krebs Cycle and why each step is important, I can learn anything.

Now getting further and further into coding, it's not all that different. I want to get from one thing to another, what's the missing molecules and in which order do they need to be applied. If there's a problem to debug, where in the function did things break, backtrack and check what outcomes match what point of failure in the body.

Not only did Biology make coding easier to pick up, but I believe it could work in reverse. The point where all my students floundered when I taught review sessions in Physiology, is really evident in coding. Take what you know from the problem, tear it all apart, try a few things and see what works and what doesn't, and eventually come to a solution. All of the students I worked with were experts in memorization. That's mostly all we had been taught to do in undergraduate classes. Did I know how to spell the main orders within the animal kingdom? Could I draw all the amino acids?  Could I define the bits of a cell?

Now they had to apply that knowledge and solve a problem. What part of the physiological system broke to make this person sick? Since it came easy to me, I admit I did struggle with trying to convey how to solve a puzzle with a missing piece. It's something that should be taught early on. With my teenage brother learning code in a public high school, I'm hopeful it will be.

Hey, at the very least, I got a blog and colorful pictures out of the deal.