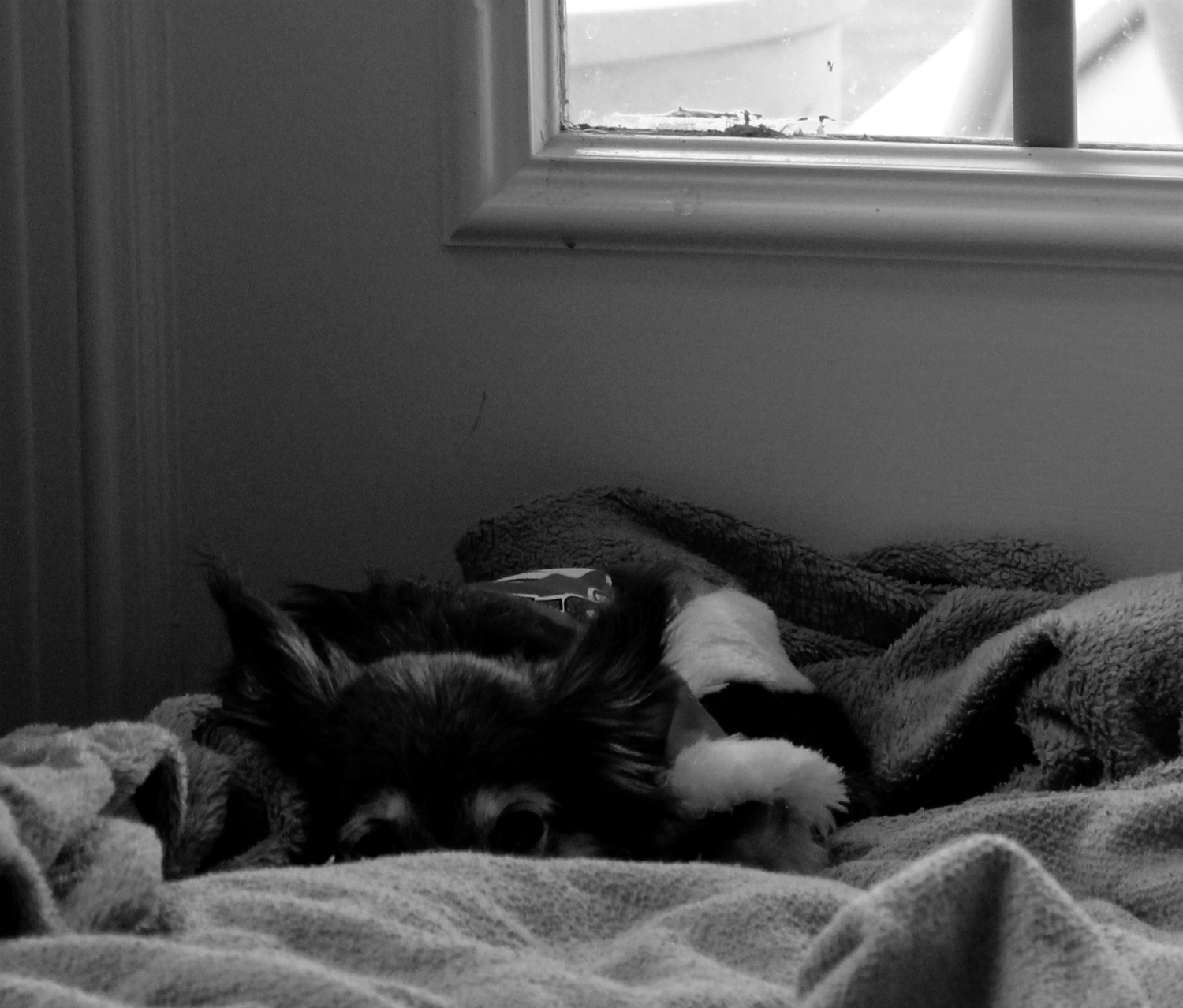 After a short break, it's time to refocus. However, taking a break has made me reconsider my addiction to my to-do list.

A few times recently I've had the realization that something I used to struggle with is all of a sudden easy. I hope that eventually happens with writing.

While I didn't create any writing pieces I did create a new theme for a website. It's a large undertaking and one I can't walk away from.

Having to broaden my scope of 'acceptable places to work', I have found myself working in a city an hour commute from my home. For someone who hates to drive this seems like a pretty big burden. However, as someone who can also easily lose herself in her own head, it hasn't been as bad as I would have thought. Never in my life have I been so well 'read'. I now go through tons of audiobooks, often listening to them at 1.4x the speed so that I can go through even more.

Today while driving home I ran into a bit of a traffic slow down. The way I take cuts me through a large lake. Although the lake is beautiful, the surrounding podunk town adorably small, and landscape peacefully beautiful, one tiny screw up in the flow on the single lane road and you got a pretty heavy line of cars stacking up. Usually it is a biker, who for lack of a better place to bike, is forced to take the road. Then one by one the drivers must veer over into the oncoming traffic's lane and pass the cyclist. Or in my case, white knuckle the steering wheel and hold my breath as I take the few seconds to accelerate as fast as my little suv will go. I can tell most of these cyclists are pretty dedicated to their sport, outfitted in the proper gear, probably butt pads and all, and peddling much faster than a normal person would be. So I can't find fault in them for giving me a minor panic. But each time I see the cars in front of me begin to slow, I feel that dread wash over me. I hate passing into that oncoming lane.

Today though, it wasn't a bike. It was a student drive. As we turned the bend I could see the unfortunate car at the lead of the unplanned caravan. And with every new turn we took I could see the taillights of the marked car flash on. Followed by the red lights off all the cars succeeding it. All the cars seems to meander on, patiently waiting as this car took every turn like a near death experience. Or so I liked to believe. It was a beautiful day and all I really had to do right then, was sit and enjoy the audio book. But up ahead I kept picturing the person behind the wheel. The newly christened white knuckles of an inexperienced driver who probably never had a reason to hold on to something that hard in their life. In my lazy state, I pictured a man with a clipboard leaned back into the chair, not even watching the road as he calmly told the student all was well. Maybe he was sweetly telling the student what to do and to handle the curves just as fast as they felt comfortable. Then I wondered what if I was wrong. What if it was a hostile instructor. Spittle flying from the face of a red men, glowing with the made up fear of a professional intimidator. Perhaps he was screaming every time they neared a bend. Reminding the student, unnecessarily, that they could die. As if the shaking thing could have forgotten.

But as they moved in to the turning lane, I had already forgotten my theories on the man and neglected to look. For all I know it could have been a woman. Maybe a woman like the one that failed me during a driving test. Okay, one of the women that failed me during a driving test. The one that grabbed the roll top bars of the Jeep wrangler I drove, obviously a little freaked out by the speed at which I turned into the parking lot. I had come to a complete stop before the turn, the grab was merely being over dramatic.

So I'll never know, but my mind had already moved on to the next thing. Sedarius was mentioning keeping a daily diary, and I was pondering the need for that. His sounded a bit obsessive and something else to add to my busy schedule. But if I could somehow get into that same obsessive nature, I would be practicing every day. Which I'm sure wouldn't hurt, except for the time requirement. But then I was sitting at a stop light, book paused from talking to my partner, and I hear the blinking of the turn signal. Then my attention immediately switched again. That sound of nothing but the turn signal always takes me back to driving up to my grandparents house in the middle of the night. We always drove up after dinner time because my dad wanted to avoid DC traffic like the plague. So we would arrive in the chipper hour of 2am. And due to the nature of most people to turn down music as you search for turns, we always had our blinking sounding in pure silence and the pitch black of a farm town. It was peaceful, though often filled with ultimate weariness.

As time clicks on, I realize I only have a limited time to click my book back on before resuming the journey. Once again, I'm wrapped up in the Sedaris family.

After a short break, it's time to refocus. However, taking a break has made me reconsider my addiction to my to-do list.

A few times recently I've had the realization that something I used to struggle with is all of a sudden easy. I hope that eventually happens with writing.

While I didn't create any writing pieces I did create a new theme for a website. It's a large undertaking and one I can't walk away from.