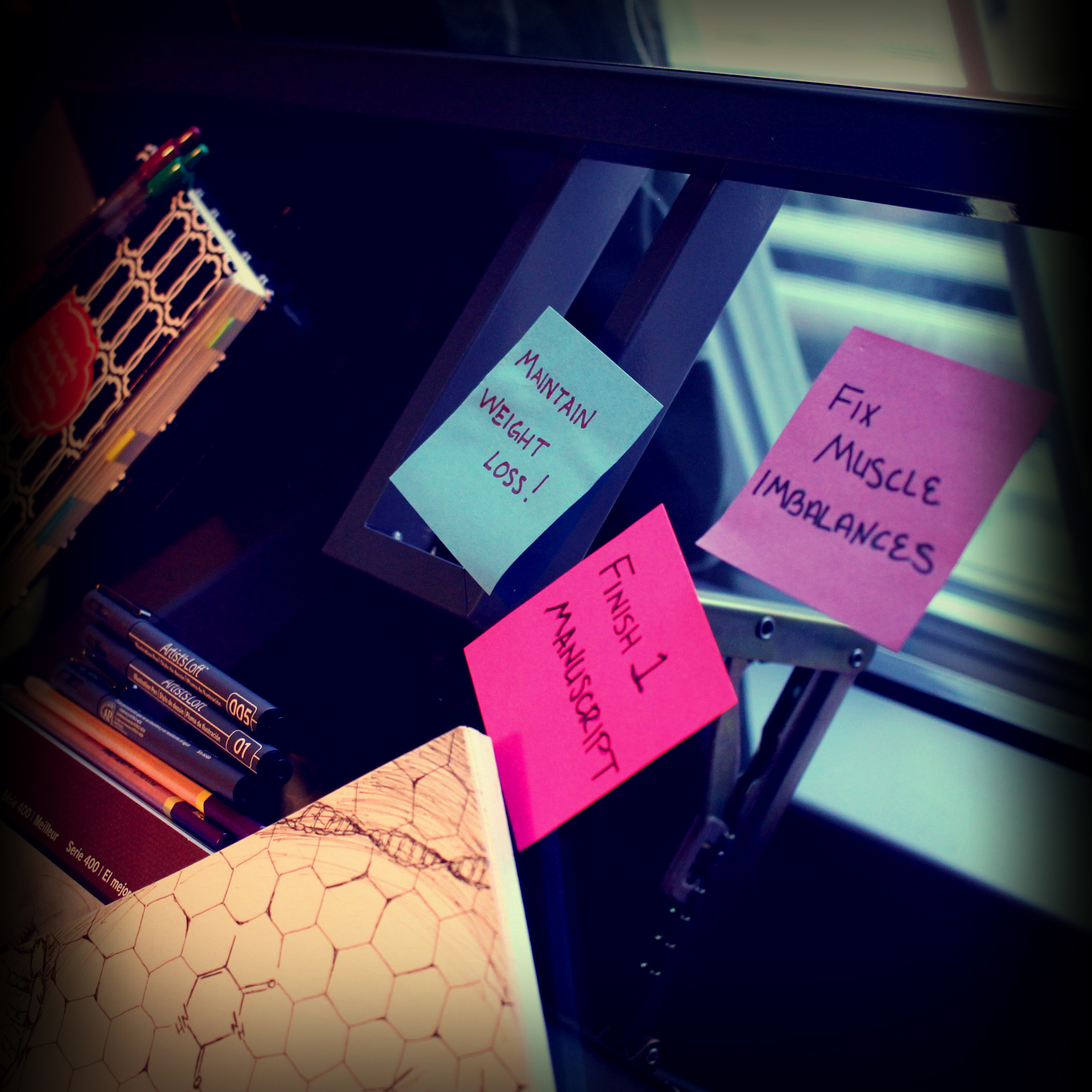 Successes - ran a half marathon, got the brilliant idea to outline a novel; failures - haven't touched a bit of writing.

When NaNoWriMo is almost half over and you're 10% done, is it hopeless? Or was it a completely foolish endevor from the start?

What would a daily blog even consist of? All I got is cats, work, and sex. Mutually exclusive, of course.

Week 1 of my weekly check-ins on all things creative in my life. I got here through a variety of changes on this site, we'll see if this one sticks!

For the love of Spreadsheets

I love spreadsheets. I love everything about them. The clear perfectly lined and organized groups or lists. The color coordination, or even better yet, the conditional formatting. The auto calculations set up to give you the exact information you need.

I've used them for pretty much anything from planning cross country trips to what burners will house what pots during Thanksgiving cooking. So when it came to documenting my new year's resolutions, I came to one conclusion.

The three I had chosen were very important to me, and probably to a lot of people. Like so many others, I knew I was gaining weight and that it wasn't going back down on its own. However, as a personal trainer and master's student taking several nutrition courses, I knew what was good and what was bad. That wasn't the problem.

The problem was my self-control and habits. One such habit was snacking. As someone who used to run 3+ miles a day, I was used to snacking all the time. I was a lanky child and had grown up on the idea I could eat all I wanted. Not only that but when trying to gain weight and run, I was actually struggling. So past the age of metabolism and well past my period of running, I was still snacking.  Granted these snacks were healthy and hardly ever processed, they certainly weren't needed for my sedentary lifestyle. Come 2-3 hours after a meal, though, and my body would scream for food. So I fed it.

The first week of January was miserable. Every day snack time would come around and I would force myself to carry on until lunch. Each day though, I made it. With tons of water and hot tea, I didn't pass out or get the hunger shakes. I might have been a little over-dramatically uncomfortable, but I was fine. And eventually, I no longer noticed the long period of time between breakfast and lunch. My body adjusted and that's one chunk of my diet completely gone. Not only that but each meal became smaller and smaller. Until one day, the meals I used to eat now seem grossly large.  Where I used to down several pancakes, I'm full off just one.

It didn't all turn out well. Like the entire 2nd column flopped pretty hard. But 2 out of 3 resolutions seems pretty good. Not that I ever got to 20k in a month or finished a novel, but getting in the habit of writing is a feat in itself. So I'll count it because going from an average of 0 words a year to 111,102 words this year is pretty awesome. And lastly, my own B.Frank (Benjamin Franklin) inspired reflection of "What good have I done today" didn't force me into creating a successful task list system.

But as I sit here, polishing off an entire bar of chocolate with admittedly popcorn as my lunch, I can say this was a year of growth. And next year will be too.

Successes - ran a half marathon, got the brilliant idea to outline a novel; failures - haven't touched a bit of writing.

For the love of Spreadsheets

How I used Google docs and spreadsheets to lose 20 pounds (give or take a few) and get into the habit of writing.

When NaNoWriMo is almost half over and you're 10% done, is it hopeless? Or was it a completely foolish endevor from the start?

Week 1 of my weekly check-ins on all things creative in my life. I got here through a variety of changes on this site, we'll see if this one sticks!