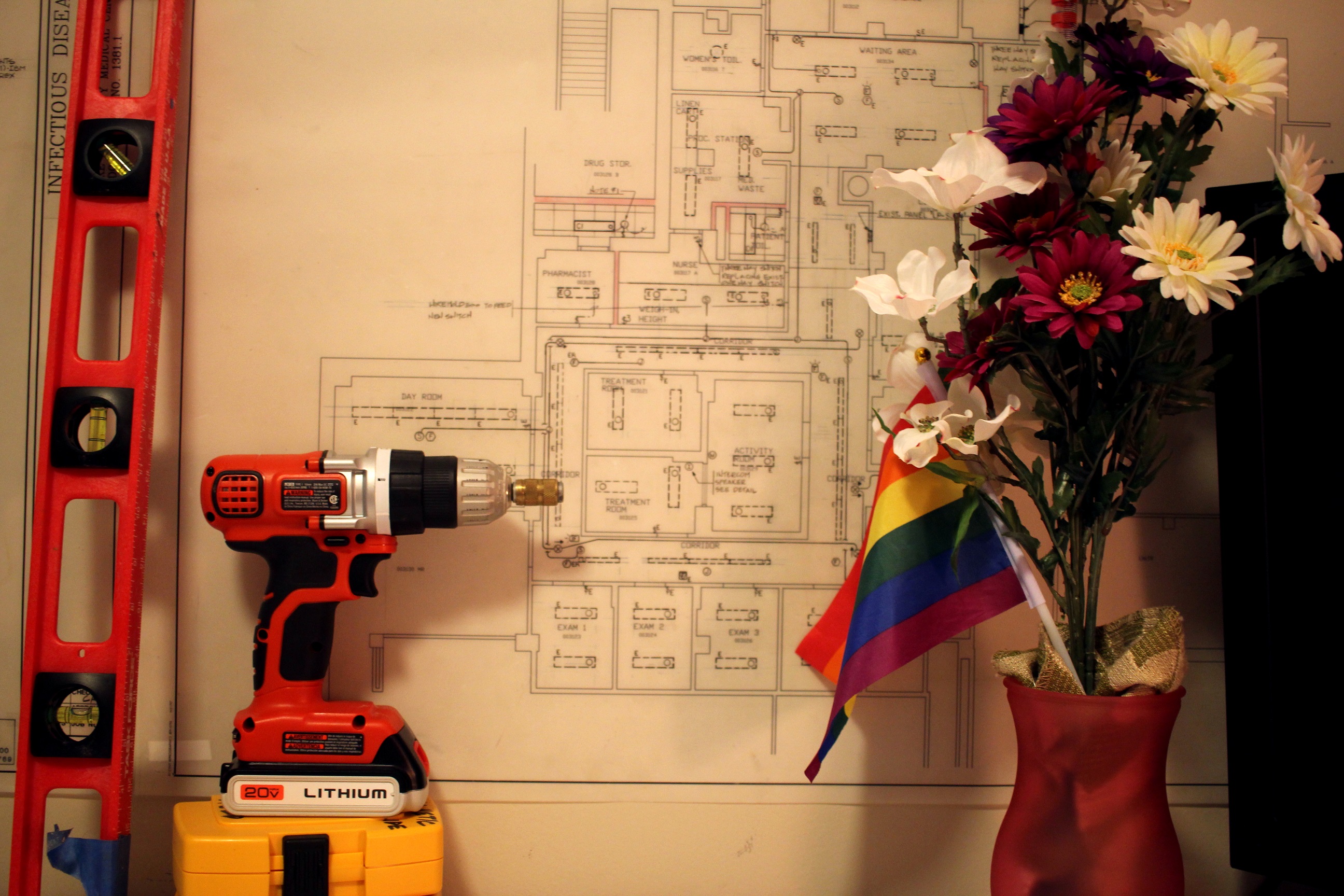 Shave it off and connect

Find that person that's willing to shave half your head. Not because he thinks it will look good, but because he knows it'll make you happy.

As some of you might have noticed, I prefer to use the term 'partners' over husband or wife. For one, I believe I've found my "person" not necessarily the "man for me". But it also allows for a gender neutral way of looking at our relationship in a way that "his wife" doesn't.

Wife sounds like I'm falling into a gender defined role. Or that I have prescribed personality traits or interests. It just doesn't fit me or our relationship.

Previously, and in the early years of our current relationship, I had willingly and happily used the terms boyfriend and girlfriend. I like to think we just evolved as a couple out of that phase as we established our partnership. However, I don't see the other 'boyfriends' as having evolved to such a place. Thankfully they also didn't evolve into the mutual owning of a house or a marriage certificate either...

I met my last boyfriend in one of the most masculine ways I can imagine. With a shaved head, damaged knees, and huge bruises from carrying an M-16, I was fresh out of failing OCS. Not only had I just been through 5 weeks of Marine training but I was fighting to go back. At the same time, he was trying to go for the first time. I was frequently sweaty when we saw each other, possibly muddy, free of makeup, wearing men's deodorant, and most certainly swearing and laughing with my peers about our ambitious lives.

Needless to say, I always assumed my more 'masculine' side was pretty evident. So evident, that any man that was willing to date me must be alright with it. Yet, I remember one time in particular where my masculinity was shockingly brought out as a negative.

Most of the time, my willingness to hang with the boys, work out, and be generally low-maintenance was seen as a positive thing. But one day, while getting ready for the beach, I had to get rid of some excess sunscreen. My horrible instinct is to wipe anything and everything on my pants. They're usually jeans or running gear and I generally don't care. So down to my running shorts I went, wiping away the extra lotion. My boyfriend stopped what he was doing and stared at me.

"Sometimes you're a bit too masculine." He said.

I laughed, after all that trait was praiseworthy, and smiled at our mutual friend, who also laughed. He got it. My boyfriend did not. Scoffing, he walked away.

Really it was just another item to add to our list of reasons we didn't work out. Most of which were gender related.

So not surprisingly, the partner that I did find also isn't subscribed to these set-in-stone gender norms. Granted we do fall into typical patterns, like I know how to make cookies from scratch but can't do shit with my car. We just don't expect the other to adhere to any ridiculous guidelines. Once in a while, a moment occurs where one could say "you're a bit too feminine". But I don't because it makes me so incredibly happy.

I love that my partner doesn't care if he does something that could be seen as feminine, like gushing over his apple-headed teacup chihuahuas. Last month, we attended a pride parade together. One of the booths at the event would glitter your hair. My friend and I excitedly jumped at the opportunity. While we were getting glittered, someone joked that my partner could get his beard done. Without hesitation, he did. Traveling out of the pride event and away from the other glittered men, he was stopped and asked about his beard several times. Not once did he ever seem embarrassed or bothered by it. And I love him for it.

Being married as "life partners" means the world to me. Honestly, even more than the actual elopement did. It allows me to be who I am, separate from my gender, in an equal partnership.