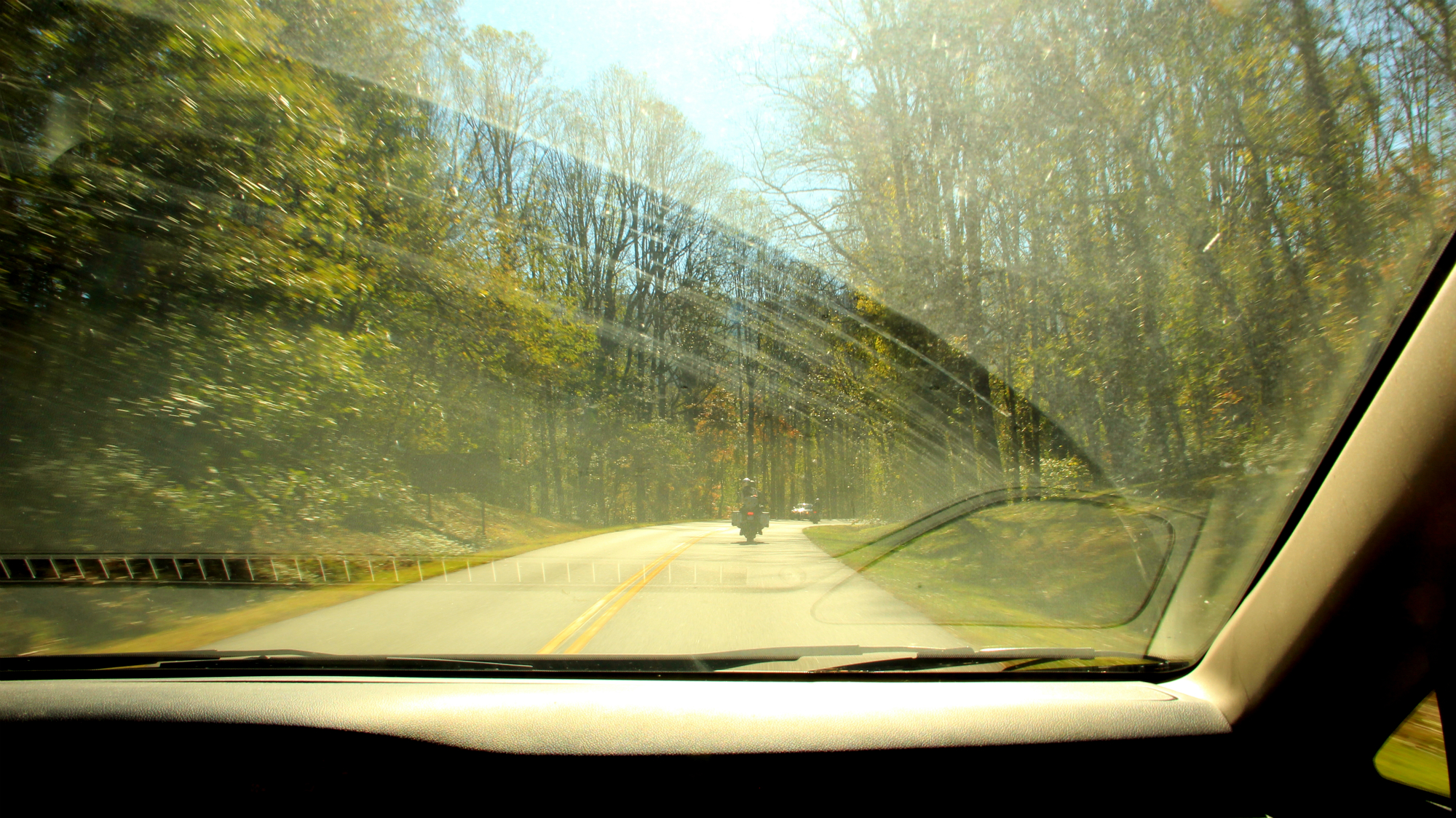 I noticed a few things at the most unlikely place last month.

First was a major difference between me and my partner's personalities. Every now and then one comes to light. This time it was our take on being in a public location surrounded by strangers.

Barely 'morning' we stepped into line at the DMV twenty minutes before it even opened. There were already over 30 people in line. 30 silent people. From what I could tell there were only a few that had come in pairs. Most were there solo and busying themselves on their phones, or leaning on the wall, watching the parking lot.

For a while, my partner and I remained quiet and busy browsing Facebook on our separate phones. Until my partner got bored. Being that I live in my head a lot, either thinking about to-do lists, things to come, or just fiction pieces to work on, I don't have trouble waiting very often. My partner is no such person that I know of. Breaking the silence, he began talking. We had come together so that he could keep me company while I renewed my license so I had no problem striking up a conversation. By this point, a few others had also begun talking. But very very quietly.

In public situations, I don't like a whole lot of attention on myself. Hence the private and very secret elopement. So every time it was my turn to talk, I more or less whispered my answer, hoping it would rub off on my partner. It did not. His answers were about five times louder than mine and I possibly flinched each time it slipped a bit louder. The topic wasn't private or overly personal, but at 7:30 am there seemed to me to be an unspoken rule to keep things low. Though, I knew even in the moment he wasn't aware of the same imaginary thing.

Later on, I saw it again as he 'shouted' over to me in the grocery store.

"DO WE NEED CARROTS?"

The woman standing between us shot us each a look.

"DO WE NEED BROCCOLI?"

The second half of the DMV was spent inside. For several months, I've been trying to pay attention to the people around me. Not just for writing purposes but to practice empathy. It has given me a much more positive take on everyday situations. Instead of assuming the worst and getting upset at people, I assume they're having it far worse than me and I can put up with whatever is going on. So now I've either chosen to put a positive spin on things I notice or just notice the positive things more than the bad. Either way, it makes for a happier day.

However, I've never heard anyone talk positively about the DMV, it's always filled with an exceptional amount of dread. Not that we talk about the dentist with high expectations, but we don't bemoan it the way we do for the DMV. Before heading in, I had mentioned this to my partner and wondered who works at the DMV and how they must feel about it. Do grouchy people come in wave after wave making their lives equally miserable?

As we wound into the line, I tried to give off the most positive, quiet, vibe I could and prepared to approach the desk in a great mood. Everyone around me though seemed quite at ease with the situation, sure we could wait, but we were ready for it. Going through the line, I came in contact with more and more people. One gentleman spoke up that we were not filing in the way she had suggested and now blocking the exit. He had said it so calmly and matter of fact, that I had to admire his general tranquility with the situation.

The women at the front desk were far from abused and angry. Watching the line in front of me, I saw them approach each person with the same calm clarity, either sending people home or to the next step. They happily took the documents I handed them and promptly gave me a ticket. Quickly, the line shrunk faster than I had thought possible.

While in line, I had seen a young girl reading through a book, one leg was propped up in a figure 4 so that her knee could freely and rapidly bounce off to the side. I spotted her again as we passed by to sit and wait. The pages of her books were beginning to flip faster and faster.

Several minutes later, she caught my attention again. There is a half wall at the front of the waiting area and on the other side is a row of computers. People applying for their learners permit and taking the written test sit down and face towards those waiting. This way, when she popped up, she could intermediately lock eyes with her mom. I saw the woman's face, now walking in front of me, before I saw hers. The woman was slightly limping, carrying a purse that almost touched the ground before she could string it over her shoulder. Her smile was blooming as she approached the girl, though, it seemed more of a reflective smile. Still genuine but there because it's mirroring someone else's happiness.

Then I caught the girl she was looking at, her smile growing and shrinking as she managed to contain it, then exploding back out. Later on, we stood in front of our clerk and behind us stood the girl and the mother. Every now and then I was able to steal a glimpse at her. The smile hadn't faded a bit the whole time. She even swayed a little, slightly dancing and staring down at the ticket she held. Her delicate piece of adulthood, a tiny stepping stone towards the real plastic card.

Now when people ask the typical "How was the DMV?", I can quietly say "Great, I got to see a kid pass her writing test."